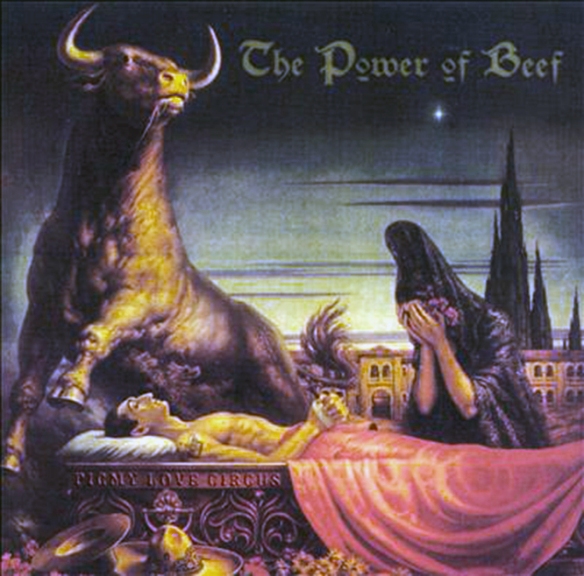 Eid ul-Adha, also referred to as qurbani Eid (qurbani meaning sacrifice), is the grand-daddy of all holidays in Bangladesh and holds a unique power that reigns supreme over every other holiday known to man: the Power of Beef.

Living in a foreign country allows one to learn a lot about differences in cultures, traditions, and even philosophies that aim to explain the meaning of life and allay our uncertainties about the origin of existence. More importantly, one realizes the many parallels between people and cultures of every land, gaining a profound appreciation for the things that bring us together.

These similarities between East and West are perhaps most noticeable during the Islamic Eid holidays. It is a time when people enjoy spending time with family and loved ones, relishing the ideal of peace on earth, exchanging gifts, watching sport on television, spending money recklessly, traveling in painstaking conditions, and…indulging in massive amounts of meat.

Most importantly, Eid ul-Adha is rich in parable to illustrate life lessons in their most basic forms: Before there is reward, there must be sacrifice.

This theme of sacrifice stems from the holiday’s symbolic reverence toward the Koranic (and biblical) story of the prophet Abraham who, when commanded by God to offer up a sacrifice to prove his loyal reverence, was fully prepared to slit the throat of his first-born son Isaac to appease the omnipotent and somewhat meddlesome creator of man in the story.

Thankfully, the originators of the Eid holiday did not call for the blood of first-born children, but rather for goats, sheep, cattle, or any other tasty animal to be substituted upon the altar of sacrifice. However, unlike Abraham’s story, the sacrificial beast does not escape the knife in real life.

While many Islamic countries witness significant reductions in their goat and sheep populations after qurbani Eid, cattle are the animals of choice to sacrifice in Bangladesh. I’m not sure why, but I think it might have something to do with added pleasure of importing (legally or illegally) sacred cows from India to spill their blood and feast upon the reincarnated relatives of their Indian neighbors. I’m probably wrong, though. All right, I am definitely wrong.

END_OF_DOCUMENT_TOKEN_TO_BE_REPLACED 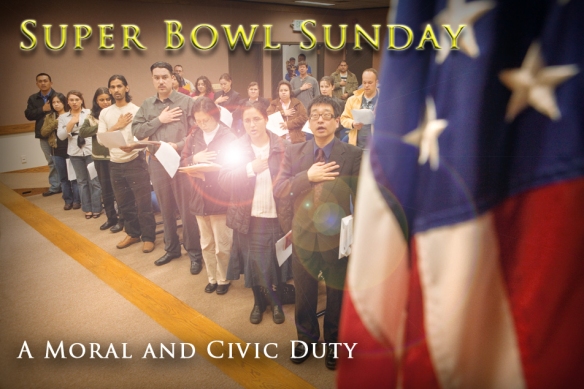 Once again, the holiest of American holidays is upon us. In honor of this hallowed occasion, we will offer forth a ritual sacrifice 1.2 billion chicken wings, 29.7 metric tons of nachos, and enough beverages of all types to fill our planet’s oceans 35 times over.

Already, we have been granted the grace of our football gods as CBS will televise the event, sparing us from the torturous four-hour neural assault from Joe Buck and Troy Aikman on Fox Sports. The game is also being hosted in New Orleans — a city that embodies the festive atmosphere of Super Bowl Sunday better than any other location in the U.S., and does so during the other 364 calendar days each year. Moreover, my favorite team, the San Francisco 49ers, has earned the right and privilege to entertain billions of spectators on the largest of stages.

But above all else, Super Bowl Sunday has the power to unite our divided nation by providing tradition and common ground for us all to simultaneously eat, drink, and be merry with one another in front of TV sets throughout the country.

But is everybody on board?

END_OF_DOCUMENT_TOKEN_TO_BE_REPLACED

Christmas and New Year’s have come and gone, which can only mean one thing: those holidays intended for amateurs have given way to a festive season of incomparable magnitude — the NFL Playoffs. Each year, football’s second season eclipses the overrated winter holidays in raucous celebration of watching freakishly large speedy men in tight pants battle for the right to play on our nation’s most hallowed holiday, Super Bowl Sunday. 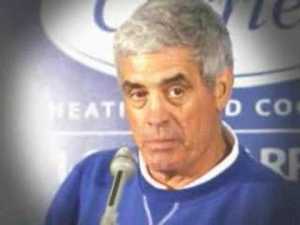 The Playoffs? Yes, Jim -- we want to talk about the Playoffs.

To the neophyte, it may seem odd that millions of crazed pigskin fanatics shun the traditions of days past, such as caroling, egg nog, and donning gay apparel in favor of masking beer bellies under oversized jerseys of their favorite player(s) (who are often years, if not decades, their junior), washing down fatty hydrogenated snacks with several gallons of watered-down light beer, and yelling obscenities at a flat inanimate object in their living rooms at the top of their lungs. In addition to sharing indifference and even disdain toward yuletide cheer, this growing legion of initiates has something else in common — an unbridled desire to cheer, eat, drink, and dream their team on to the Promised Land on the first Sunday of February.

For many, the NFL post-season has replaced the idea of embracing the American Dream which, having decades worth of soggy dust blown away in a swirling din over the past ten years, has been revealed as nothing but an eroded myth with no happy ending. For some, it is the sole beacon of enlightenment in an otherwise bleak, empty sea of foreclosure, divorce, and a vanload of a half-dozen crying children who are crushed by the banishment of McDonalds Happy Meals. But make no mistake — there is no better escape from the drudgery of the bitter cold winter than vicariously living through our agile muscular heroes of the gridiron. NFL Playoff football is indeed the drug of choice for nearly all American sports junkies.

But why is this so? Allow me to explain…