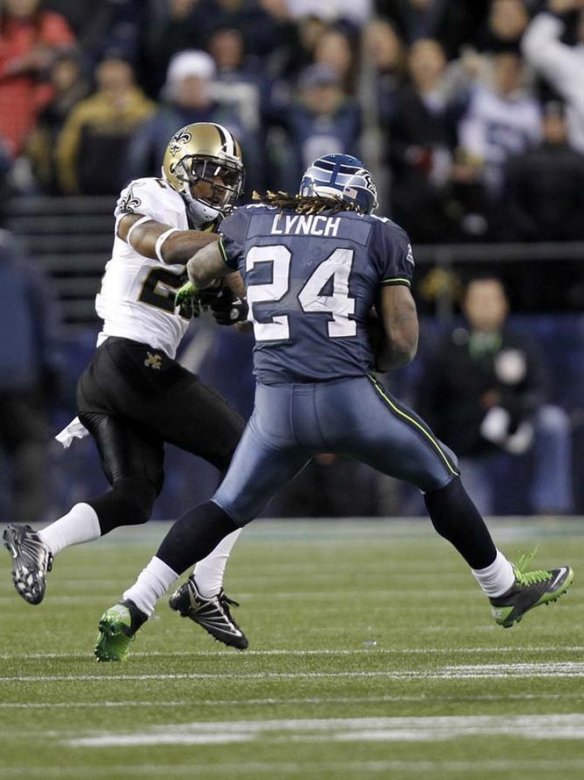 On Saturday, Wild Card Weekend 2011 delivered one of the most exciting days of NFL action in recent memory. A team with a losing record knocked off defending Super Bowl champions in a high-scoring shootout and the Super Bowl runner-up gave a game away at home in the final minute.

Sunday did not live up to the high standards set by it’s rival day of the week, but still served as a worthy venue for millions of Americans to bear witness to both home teams’ lackluster performances and send their supporters home with the bitter taste of defeat, having dropped several hundreds of dollars in vain to see it in person.

The outcomes of these four contests did nothing but underscore the parity and unpredictability of the NFL. It was also a powerful reminder of the omnipotent destructive power of NFL Playoff football for Saints fans, who until Saturday, were still riding the rolling whitewater of Super Bowl XLIV’s proverbial wave. The lesson learned? You will always return to shore. And sometimes, it is extremely rocky.

All of this culminated in an adrenaline fueled frenzy for the victors and the marked the beginning of an offseason surely to be littered with second guessing and hundreds of pounds of hate mail addressed to the New Orleans Saints defense by agitated fans, followers, and members of the offensive unit.

Predictions Thrown out the Window
I am pleased to report that I logged an impressive 0-4 outing in predicting the weekend winners. Sure, I took a chance on a green-horned Kansas City, who revealed their immaturity on the playoff stage, but was burned by the Saints, who unearthed a turd of gargantuan proportions. Not only did they simultaneously dash the hopes of fans and gamblers pulling for a black-and-gold victory; they managed to somehow slip through the space-time continuum and morph into the 2007 versions of themselves, rendering a return to the zenith of Mt. Super Bowl in 2011 as a delusional pipe dream of the highest degree.

Before this ends up in a full-fledged rant about the Saints getting caught with their pants down, let’s take a look at the highlights, lowlights, and horror show clips transpiring at the first mile marker on the highway to our nation’s revered Super Bowl Sunday.

At first glance, a lot of the statistics I managed to accumulate over the past two days were an exercise done in vain as the Who Dats succumbed to an acute bout of narcolepsy in the Emerald City of our nation’s northwest territory. However, upon further review, it is a testament to the unquestioned glory of the National Football League and I look forward to repeating these feats once again next weekend as we are treated to more melodramatic moments, game-blowing clock mismanagement, and helmet-shattering hits on leaping wide receivers.

Two more days, four more games, and another chance to fine tune our human consumption machines in preparation for the final ascent to Super Bowl Sunday.

3 thoughts on “That Which Giveth Shall Also Taketh Away: NFL Weekend Recap”