Much like Luke Skywalker and Princess Leia, they may well have been separated at birth; one child flirting with paranormal powers bordering on the Dark Side while rebelling against the firm clutches of the establishment (some of us would not be surprised if Darth Vader fathered Glenn), the other truly acting like an entitled princess and continually seeking acceptance and adoration from the masses.

Not only do they look like brother and sister, they share many of the same qualities and personality traits — for better or worse — that reveal an undeniable link that points to imminent siblinghood. 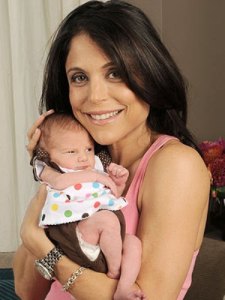 “Mother, tell your children not to walk my way:” Bethenny Frankel shows off new baby and potential cash cow for future publicity.

First of all, contrary to popular belief, both have a caring side. After a long and very public pregnancy televised on the Bravo television network, Real Housewife Bethenny Frankel recently gave birth to daughter Bryn and is enjoying the fruits of motherhood.

Bethenny’s show of affection, whether sincere or not, cannot come as a complete surprise from one who claims to be a housewife. More importantly, she has proved that it is profitable to simply become impregnated, only because of her self-absorbed narcissism and the TV-viewing American public’s disbelief that she is capable of loving anybody as much as — or slightly less than — herself.

Danzig’s soft side, however, is infinitely more surprising. Unlike his alleged long-lost sister, his elementary biology and physiology denies him the means to produce a loved one for whom to shower with affection. However, Glenn has found other outlets to satisfy his nurturing nature. He dedicated perhaps his most popular song to his mom in his 1988 hit, “Mother.”

He also is the proud owner (or father?) of a cute, cuddly kitty cat whom he adores and cares for more than any human relation, as evidenced in his recent purchase of Fresh Step kitty litter in Albuquerque (pictured below). 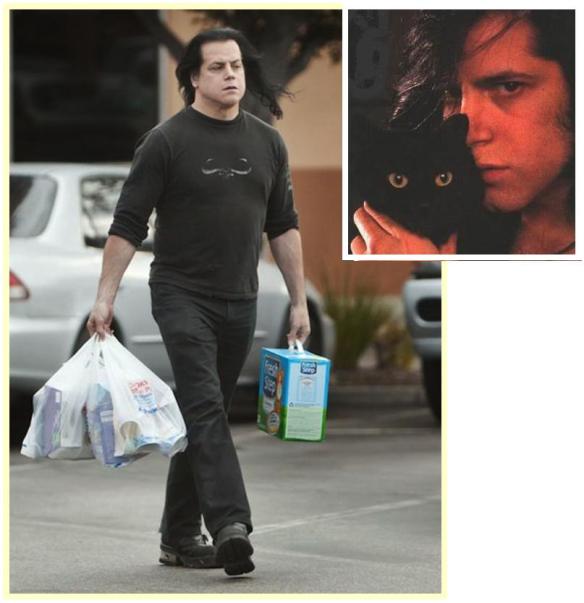 Was this really Glenn Danzig picking up groceries for his household and kitty litter for Mr. Snuggles? Or was this really housewife Bethenny Frankel?

Both also exhibit unfounded bouts of anger, throwing tizzy-fits for the smallest of annoyances. Their uncanny resemblance of each other might also reflect their ability to be swapped out for one another in past occurrences. For example, was it really Glenn Danzig that was knocked out by the fat man from the band, North Side Kings? Or was it really Bethenny who was on the receiving end of the sucker punch delivered by the 400-pound front man? View the video below and you decide.

Who knows, maybe instead of being brother and sister, they are actually the same person. Have you ever seen them both at the same place at the same time? Either have I.

Crack a Smile: Despite numerous similarities in personality, Danzig still cannot smile quite like Bethenny.

This is also very disturbing news to me, as a longtime fan of Danzig and his bands, the Misfits, Samhain, and his namesake band of the last 20-plus years, and a fierce opponent and detractor of Bethenny Frankel and the Real Housewives franchise. Was I really singing along to Bethenny all of these years? Was that really Glenn on the Bravo TV show that I despised so much? Or was it him that posed nude in support of PETA and the end of fur clothing?

I used to be quite confident in my ability to discern the good (Danzig) from the bad (Frankel), but this theory has shaken the foundation to the core of all I used to hold as unquestionable truth: the infallible, omnipotent awesomeness of Glenn Danzig.

In closing, I beg of you, o Dark One (Glenn, not Bethenny) to manifest your superiority and cast your female resemblance far away from reality television and the public eye, and into a realm of fire and brimstone so that she may begin to repay her pain and torture visited upon unsuspecting viewers of Bravo. Feel free to include the rest of her cast-mates, as well as all other incarnations of Real Housewives among their respective cities. Amen.

2 thoughts on “Metal Legend and Real Housewife Separated at Birth?”